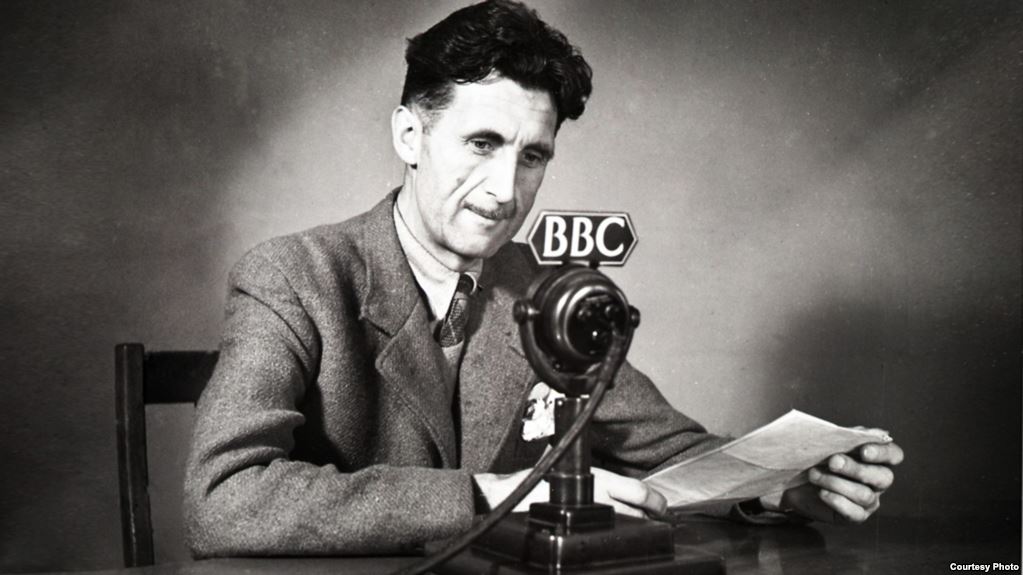 A Talk by Masha Karp, the author of the recently published Russian biography of George Orwell (St. Petersburg, Vita Nova, 2017).

Orwell never visited Russia, but he devoted most of his adult life to thinking about the country. He thought about it as a social thinker and he found an answer to the main riddle of its 20th century history: how it was that a revolution against autocracy led only to a new autocracy. But he did not expound his ideas in a scholarly research paper  – instead, he wrote a fairy story and a novel, because his talent allowed him to imagine every detail of life under totalitarianism with a sensitivity of a lyrical poet. In her biography Masha Karp meticulously follows Orwell’s long road to his most famous books: “Animal Farm” and “Nineteen Eighty-Four”, written in the last years of his life. Energy and fearlessness had been typical of him when he served as a policeman in Imperial Burma, worked as a plongeur  in Paris restaurants,  tramped in London, researched conditions of miners’ life in  Wigan, fought in Spanish Civil War and was part of the Home Guard during the Blitz. Nor did these qualities desert him when he thought about his experience and presented it in prose and in his journalism, which became more expressive, more transparent, more vivid as time went by. It took him ages to find his vocation – he was fascinated by poetry and literature in general and consumed by anxiety about politics. It was just before he died that he realized that he did not have to choose – his task was “to make political writing into an art”.

Read more in the interview with Masha here. Masha Karp is a freelance journalist with a special interest in relations between Russia and the West. Her articles have been published by The Independent, Standpoint, The Spectator, Open Democracy, Common Review. Masha was Russian Features editor (1997-2009) and previously a producer (1991-1997) with the BBC Russian Service. She also produced, presented and participated in  Radio 4 and the BBC World Service radio programmes in English. Masha is a translator of English and German poetry and prose into Russian and has published translations of many writers, including Virginia Woolf, George Orwell, Dylan Thomas, W.H. Auden, Elizabeth Jennings, Alice Munro, Andreas Griffius and Nicolaus Lenau, as well as articles on translation. She is a member of the St Petersburg Writers’ Union and the Literary Translators Guild in Russia. She is a Committee Member of the Orwell Society and the Editor of its Journal.

The presentation and discussion are followed by drinks and reception.